arrived in Colonial America as an indentured servant and

rose to become a wealthy merchant and landowner.

He was a leader in Georgia during the American Revolution and

He was one of Georgia's few governors to die by violence. 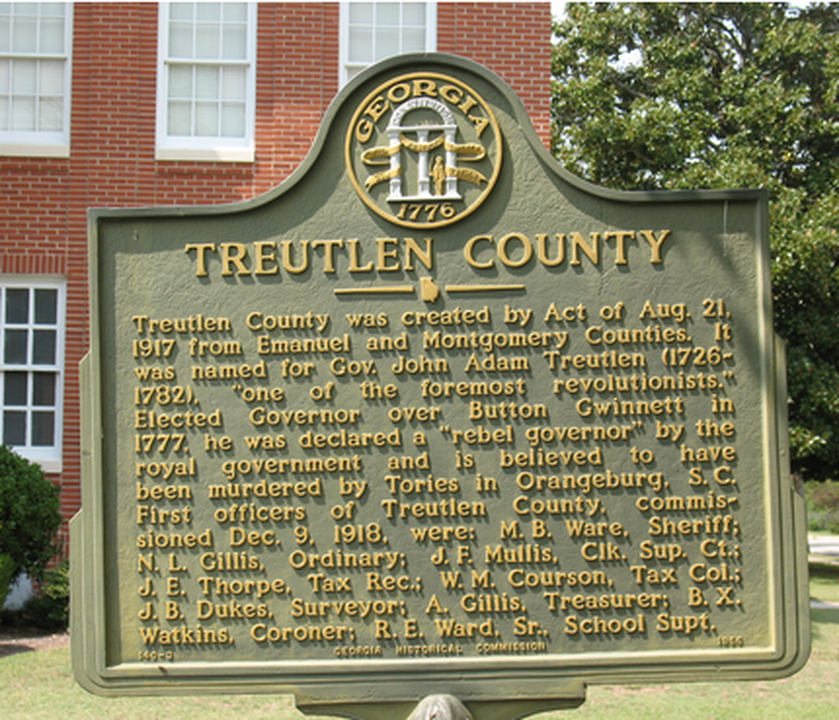 DescriptionTreutlen Co Marker, Soperton GA
The text on the marker reads as :
" Treutlen County was created by Act of Aug. 21, 1917 from Emanuel and Montgomery Counties. It was named for Gov. John Adam Treutlen (1726- 1782), "one of the foremost revolutionists." Elected Governor over Button Gwinnett in 1777, he was declared a "rebel governor" by the royal government and is believed to have been murdered by Tories in Orangeburg, S.C. First officers of Treutlen County, commissioned Dec. 9, 1918, were M.B. Ware, Sheriff; N.L. Gillis, Ordinary; J.F. Mullis, Clk. Sup. Ct.; J.E. Thorpe, Tax Rec.; W.M. Courson, Tax Col.; J.B Dukes, Surveyor; A. Gillis, Treasurer; B.X. Watkins, Coroner; R.E. Ward, Sr., School Supt."
Placed By Georgia Historical Commission in 1956. 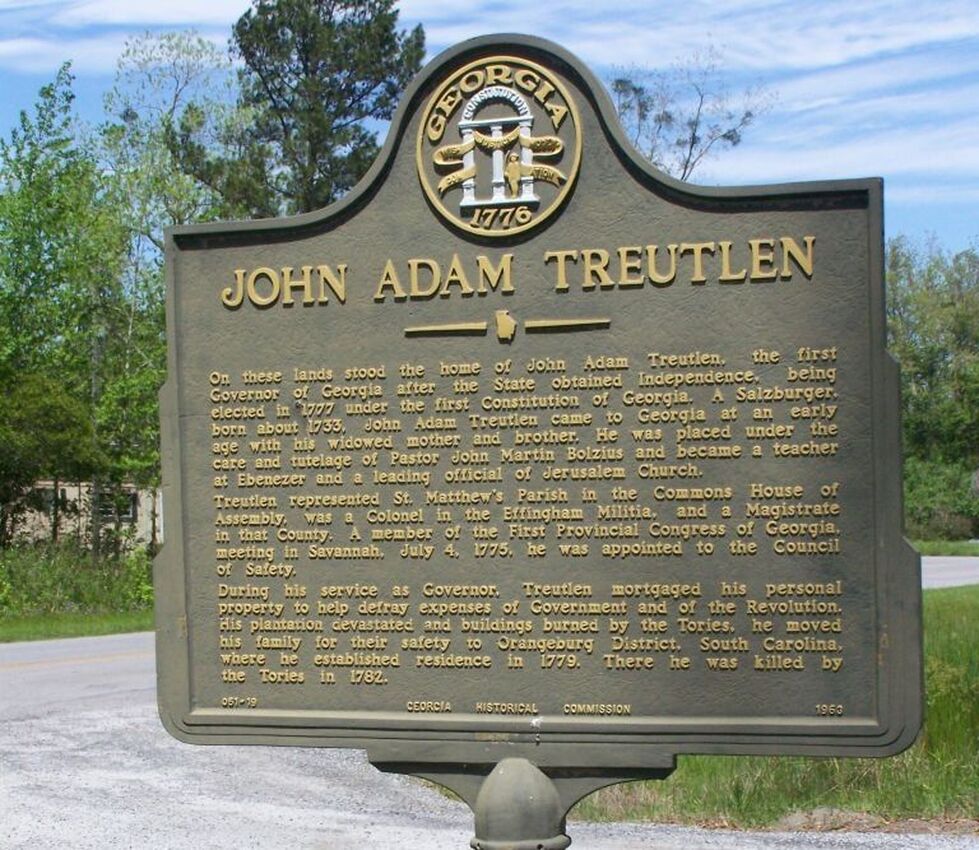 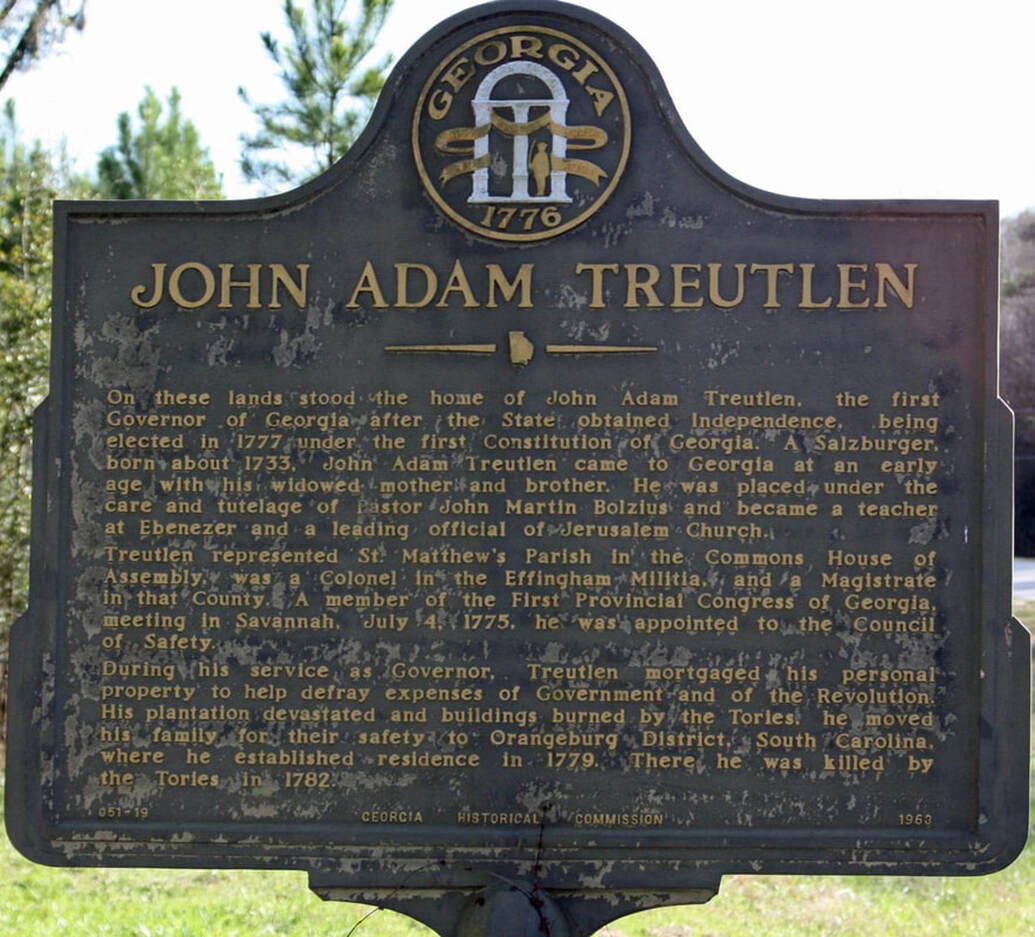